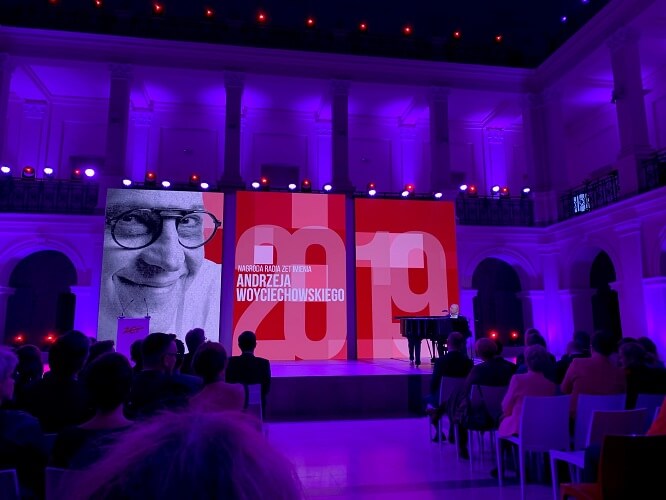 The 15th edition of the Radio ZET Andrzej Woyciechowski Award

The winners of the 15th edition of the Radio ZET Award were Marek and Tomasz Sekielski for the documentary film "Tell No One" ("Tylko nie mów nikomu"). Honorary awards for their journalistic materials were received by Magdalena Gałczyńska and Grzegorz Rzeczkowski.

In 2019, on the 30th anniversary of gaining freedom by Poland, the Special ZET Radio Andrzej Woyciechowski Award “Journalist of the Decade” was awarded to: Bianka Mikołajewska, Adam Pieczyński and Paweł Reszka. The Special Award was awarded by the Jury to journalists “who, by their activities in the years 2009-2019, became a symbol of independent and pressure-free journalism, showed outstanding professionalism and objectivity, adhered to professional ethics, and their materials enjoyed social recognition and made a significant contribution to perception of the reality that surrounds us”.

Traditionally, GWW Law Office was a legal partner of the Radio ZET Andrzej Woyciechowski Award. Karol Kuch, attorney-at-law and partner at GWW was the Jury Secretary.